What Is Colada Coffee?

Colada coffee is a Cuban espresso that is sweetened with espuma, which is a foam created by mixing brown sugar with the first drops of espresso.

Let’s learn a little more about this special drink before we get into how to make it.

Coffee plants first took root in Cuban soil in 1748, at a time when the island was a pivotal part of Spain’s American empire. Small areas with coffee plants turned into plantations in mountainous areas of Cuba by the 1800s, a time when sugar also became an important crop on the island. The strong coffee known today as café cubano gained popularity on the island, with many choosing to add milk or sugar to a drink that had social significance.

Cuba became an important crossroads between Florida, Latin America, and the Caribbean. In 1831, a small cigar factory with Cuban workers opened in Key West. The first cigar makers in the small village of Tampa began their work before the Civil War. By that time, some of the ships that brought cigar leaves to Florida also carried café cubano.

Although most people think of Cuban coffee as a Miami thing, it first became a popular drink of choice in Tampa. Cuban cigar workers settled in large numbers in both Ybor City beginning in 1886 and West Tampa in 1895. Many worked in the cigar factories. They brought along strong coffee that became a staple in “Cigar City” long before Miami was founded in 1896. By 1900, Tampa had a dozen coffee roasting companies.

Although café con leche became the top coffee choice during Tampa’s cigar-making heyday, Cuban immigrants drank their coffee in a variety of ways. The bond between Cuban coffee and Tampa cigars remained strong long before café cubano could be found on Miami streets.

The four versions of Cuban coffee are:

This sugary Cuban hot espresso is an easy-to-make and popular coffee that requires the right coffee type, a brewer, a large cup, and smaller cups to share with friends. If done properly, the hot colada servings should have a light and sweet foam on top. Never try to finish an entire cup, or you will be wired! Similar to a nice wine, colada tastes best when it is shared as a social drink with family and friends.

Here are the important components of the colada coffee experience:

While both arabica and robusta beans are harvested in Cuba, a colada in Cuba is usually made with arabica. In a perfect situation, one would use arabica beans from the Sierra Maestra mountain range of southern Cuba. If Cuban beans are not available, you can use Café Pilon or the robusta-based Café Bustelo ground espresso coffee. 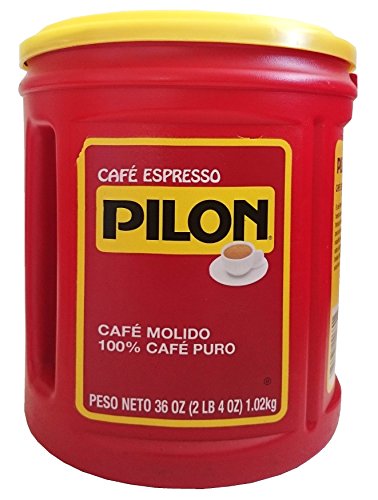 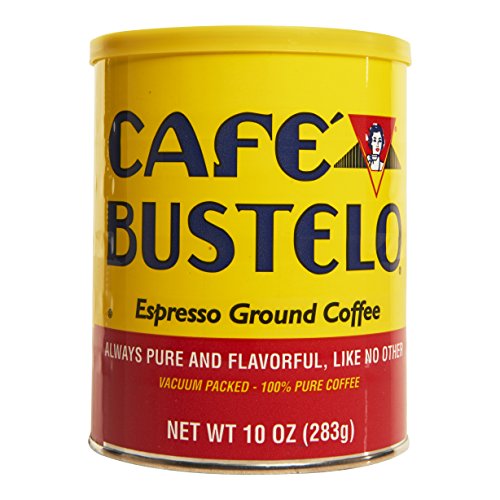 Using either the traditional brown sugar or granulated white sugar, this froth adds to the distinctive nature of colada. The coffee may be brewed in either a traditional moka pot or an espresso machine.

Brewing With a Moka Pot (Preferred)

Moka pots are common throughout the Caribbean and were the preferred way to brew finely ground Cuban beans. By sending pressurized steam through the ground Cuban coffee, a moka pot creates a very strong and dark brew. Colada coffee crafted in a moka pot usually brews in five minutes or less and needs three simple ingredients:

Add a few drops of the brewed coffee to a couple of tablespoons of the sugar and beat until it has a foamy appearance. Pour the coffee atop the espuma.

Brewing With an Espresso Machine

An espresso machine may be used instead of a moka pot. Tightly place the grounded Cuban coffee in the machine’s chamber. Make the espuma similar as with the moka pot option, using the first few drops of the strong espresso brew to stir into the sugar. Combine the hot coffee with the espuma.

You can either serve the colada coffee from a Styrofoam cup or other container with tacitas—smaller cups—or pour the delicious coffee into espresso cups or espresso shot glasses. (And it’s not illegal to use a regular coffee cup if you have nothing else.) The most important part of the coffee experience is sharing this dark, rich, and sweetened Cuban coffee tradition with others in your life.

Whether you experience colada coffee in a traditional Cuban way with a Styrofoam cup and smaller cups or you innovate the presentation, this sweet yet very strong coffee will provide an enjoyable social experience and an instant energy boost.

As a coffee lover, you do not have to sit at a Cuban restaurant, a Tampa cigar factory, or a hip Miami coffee stand to enjoy this taste of Cuban history. Simply grab some authentic Cuban ground coffee, practice making the espuma, and enjoy this excellent Cuban coffee drink.

Why You Should Try the AeroPress Inverted Method

The AeroPress is nifty enough as it is, but this simple inverted method can give your AeroPress coffee an espresso-like edge.